The most prestigious and historic hotel in Bologna, The Grand Hotel Majestic “già Baglioni” is set within an 18-century palace atop an ancient Roman road. From this very special spot in the heart of the city, guests are rewarded with spectacular views of many of Bologna’s most historic sites, just a short stroll away. Famous shopping streets, theaters, the medieval market, Piazza Maggiore and the famous Due Torri (Two Towers) are all within minutes of this luxurious Italian hotel. 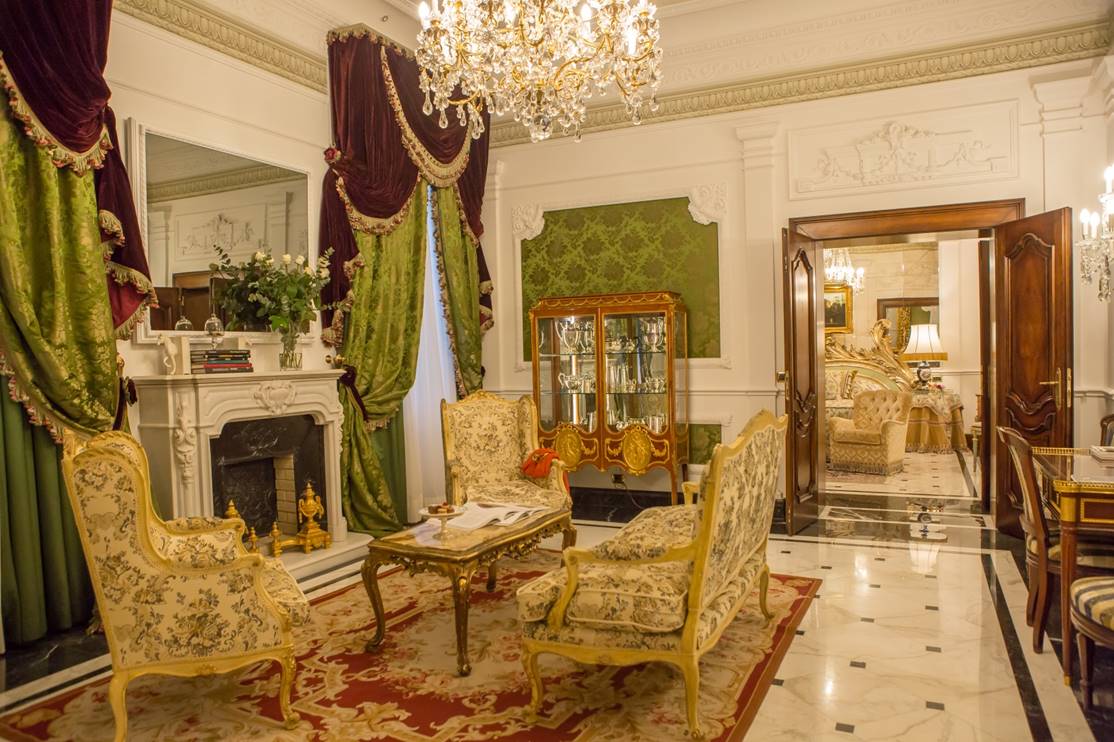 The hotel’s selection of specialty suites is inspired by the world’s most famous artists. Each is individually decorated, from the Royal Suite Verdi, named for the renowned Italian composer, to the spectacular Art Deco Terrace Suite, with its private elevator access and splendid, expansive terrace affording views to the Bolognese towers, red roofs and hills.

After a day exploring the sites of Bologna, guests can unwind with an unforgettable dining experience at I Carracci restaurant, as famous for its frescoes as it is for its exceptional Italian cuisine, or in the hotel’s luxurious wellness area. 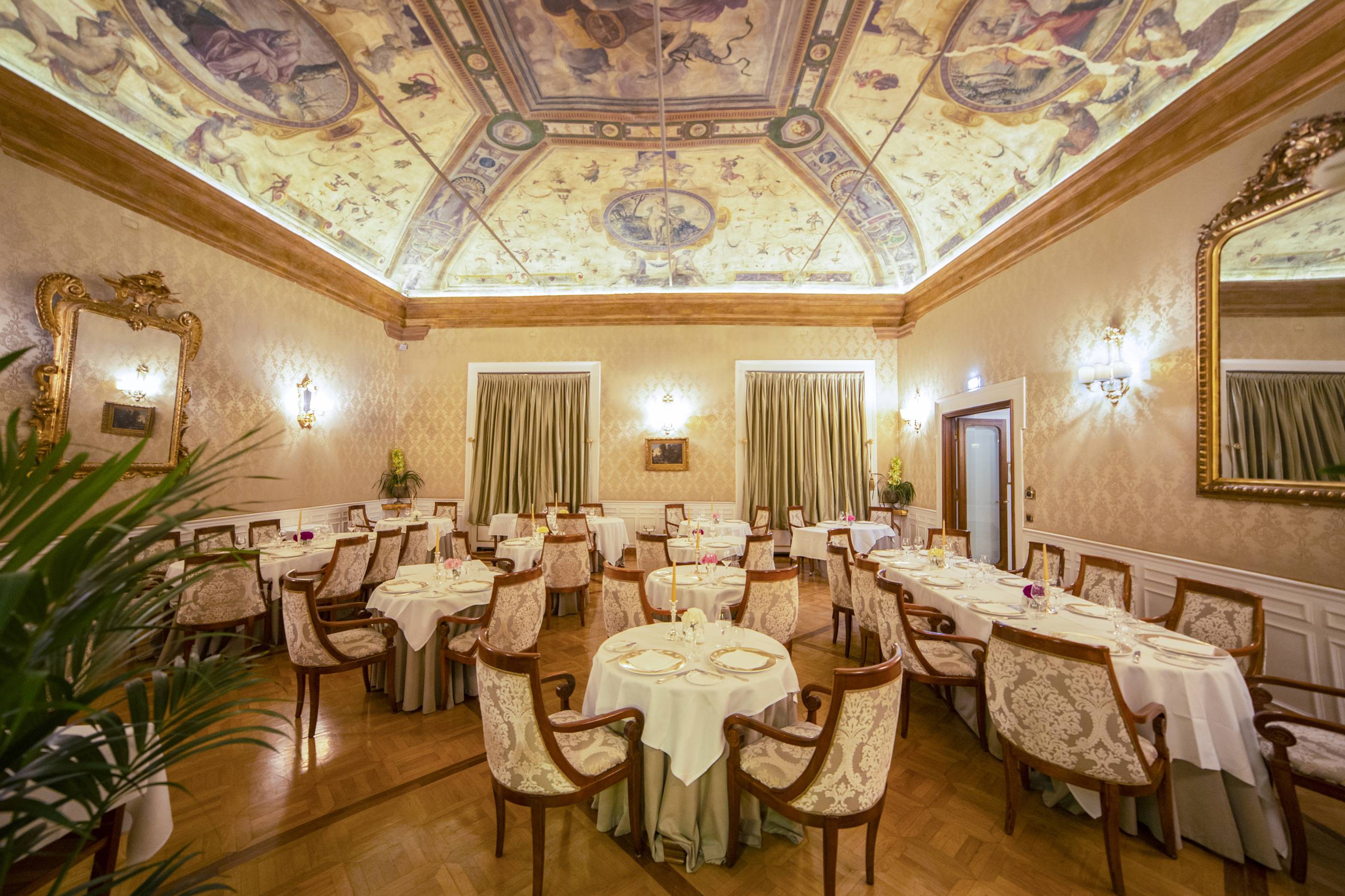 I Carracci: Menus change with the season at this gourmet restaurant, renowned throughout Bologna. The restaurant is glad to offer a traditional Bolognese menu in addition to innovative cuisine. Within this restaurant are some of the highest expressions of fifteenth-century painting featuring the wonderful frescoes of the school of the Carracci brothers.

Morandi Wine Cellar: This exclusive location dates back to the 15th century and offers a complete selection of more than 300 top quality Italian and international wines. It is an ideal location for private food and wine tastings, private dinners, and cooking lessons with the hotel chef.

Café Marinetti: Named for the father of the Futurist movement, Cafe Marinetti debuted in March 2014 on the 100-year anniversary of a fantastical Futurist exhibition Marinetti staged in the hotel’s basement in 1914. Live piano music and comfortable seating add to the relaxing ambience of the cafe, making it an ideal spot for a refreshing aperitif or impromptu business meeting. 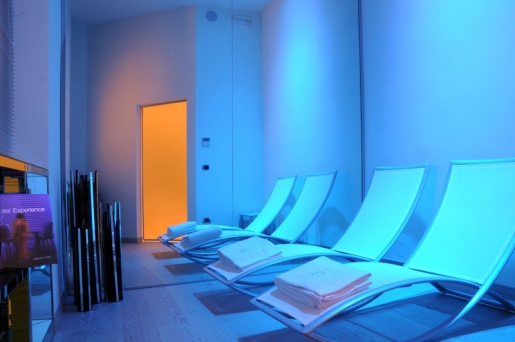 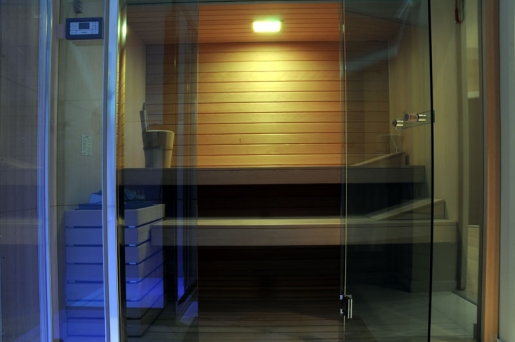 A luxurious wellness area features a Turkish bath, sauna, chromotherapy shower and relaxing area, and is complemented by a fitness center stocked with state-of-the-art equipment by Technogym. 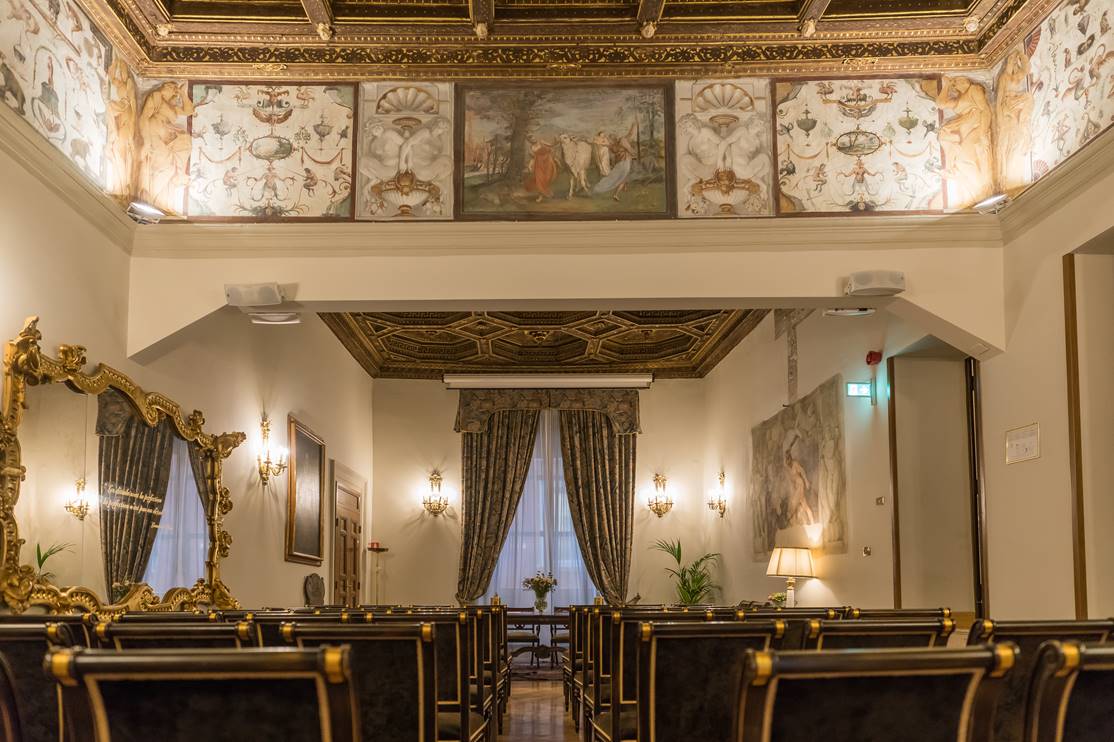 The Grand Hotel Majestic accommodates groups of up to 120 in seven meeting rooms. Sala Camerino d’Europa, dated from the XVI century, has a coffered ceiling and frescoes from the Annibale and Agostino Carracci brothers.

When meetings adjourn, the hotel can arrange a variety of group activities, from cooking lessons to tours by Lamborghini, Maserati, Ferrari or Ducati motorcycle.

Many of Bologna’s top attractions are within a short walk of the hotel. These include:

Update: Recent renovations at the Grand Hotel Majestic “già Baglioni” include luxurious Carrara marble flooring and art deco furnishings in the new Cafe Marinetti, guest rooms refurbished with flowered terraces and green spaces, restoration of the original frescoes in Europa conference room and I Carracci restaurant, renovations to the second and third floor guest rooms and bathrooms and the introduction of the new restaurant Morandi Wine Cellar for private dining as well as special wine tastings and cooking lessons. 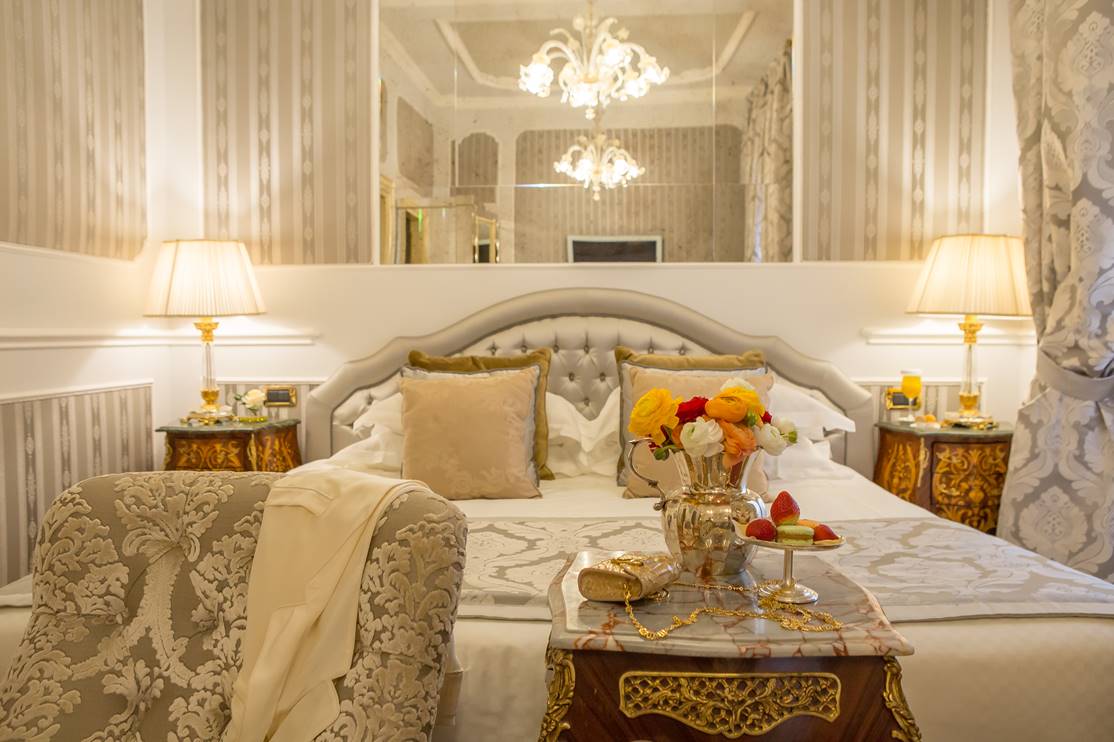 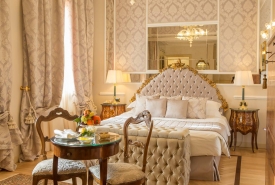 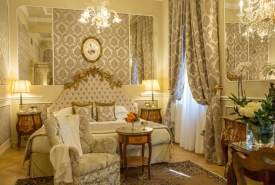 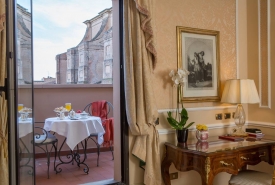 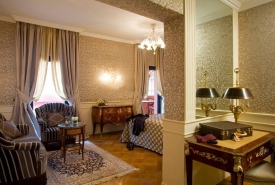 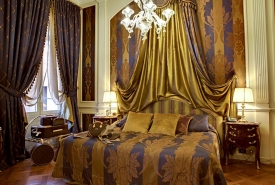 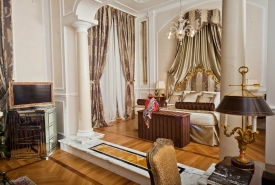 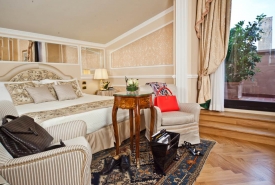 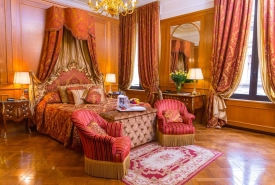 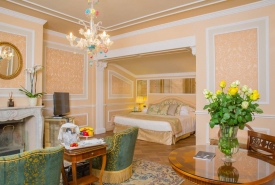 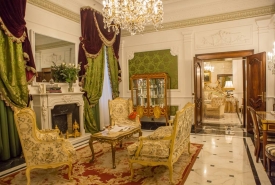 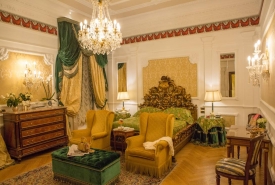 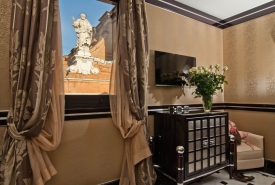 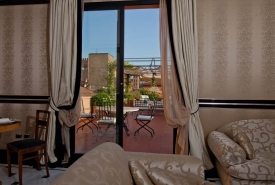 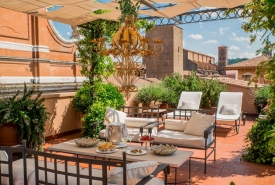